Sintra, Portugal is a charming town close to Lisbon. It makes for a great day trip. In around 40 short minutes via train ride, you will arrive in an idyllic location that was favored as a sanctuary for Royalty. Beautiful palaces and villas dot Sintra's landscape. 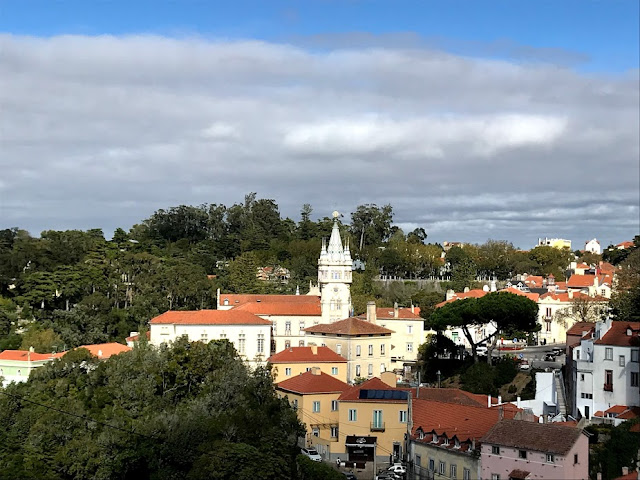 Getting to Sintra from Lisbon is easy. Trains run around every 30 minutes from Lisbon's Rossio station. This station is known for its architectural detail, and is used exclusively for routes to/from Sintra. The cost one-way is around five euros at this writing. 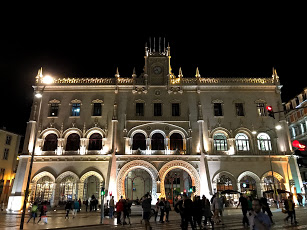 Sintra's city center is a short ten minute walk from the train station. 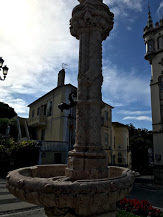 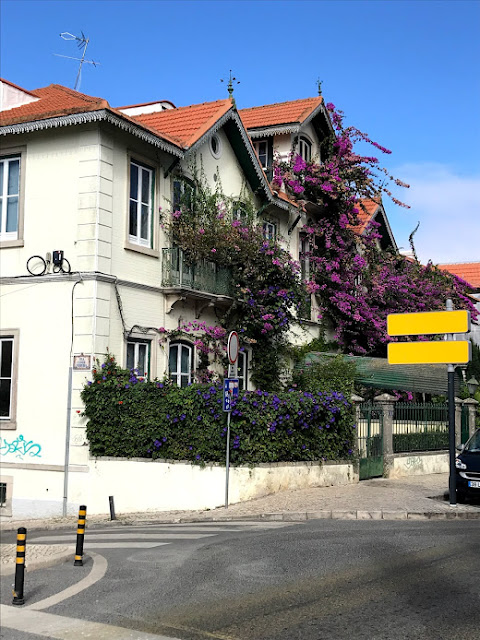 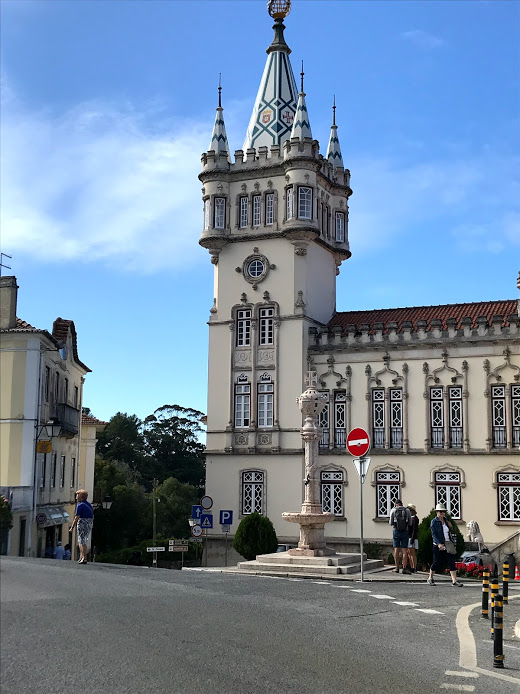 Sintra has palaces, beaches and so much to see. If you have limited time, put the Pena Palace and Quinta da Regaleira at the top of your list.

Pena Palace is a magical place that looks like it appeared out a fairy tale. After changing hands many times, it was King Ferdinand was credited with adding the myriad of eclectic styles during its restoration under his ownership. 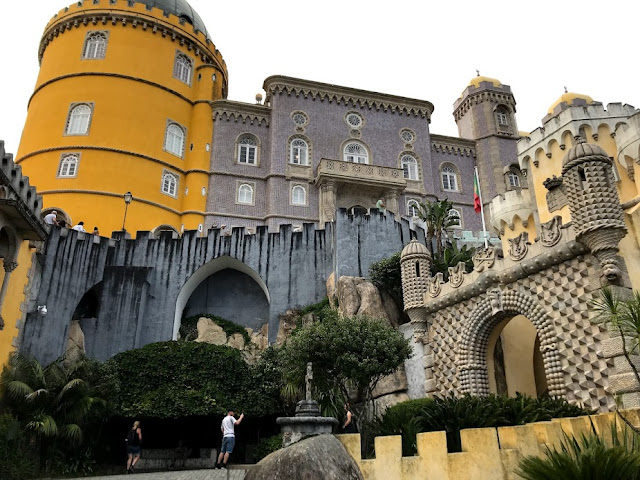 When the fog rolls in, the grounds take on a mythical feel. 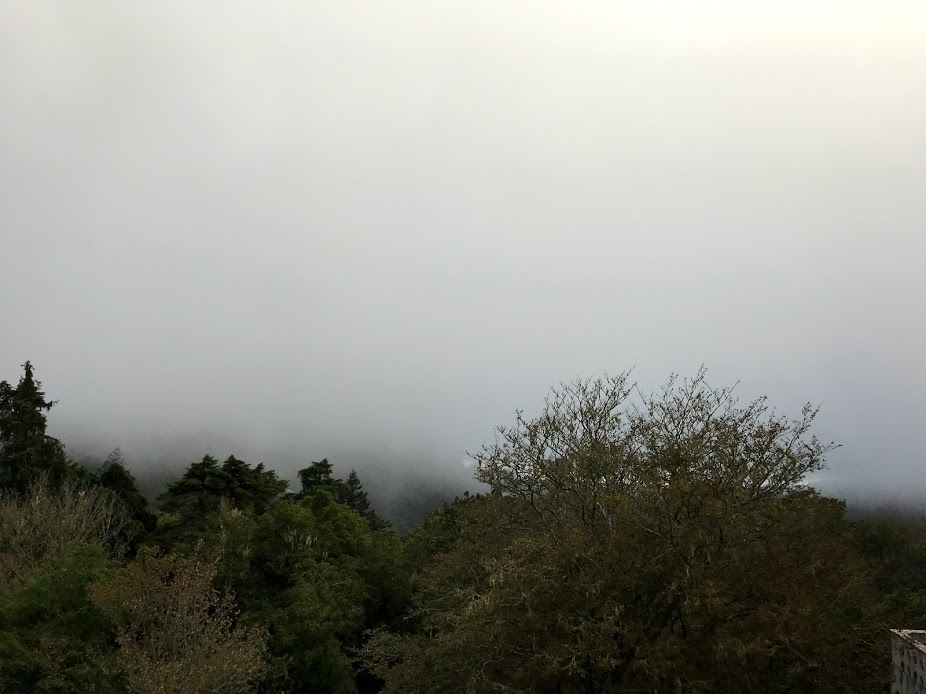 This World Heritage site boasts grounds that include gardens, lakes, grottoes, a waterfall, a chapel, and more. 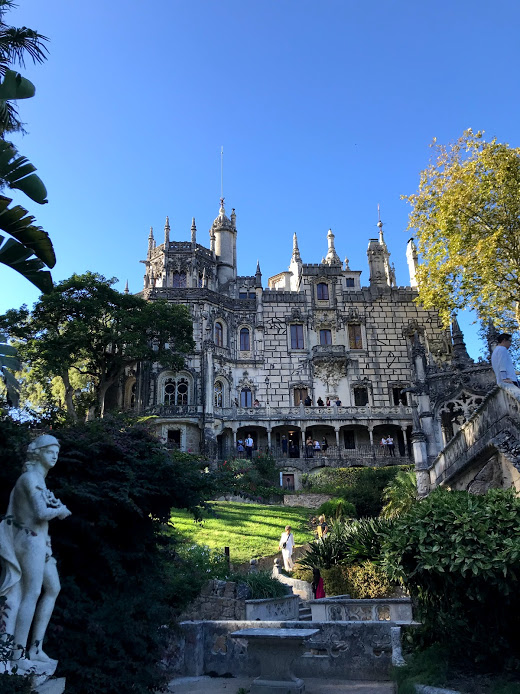 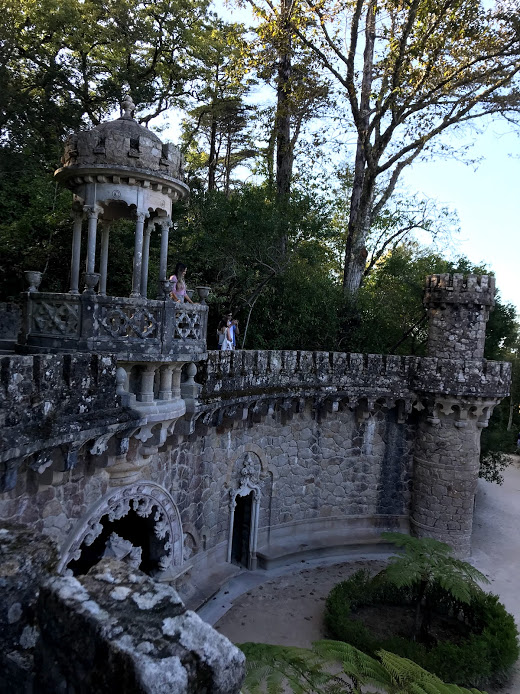 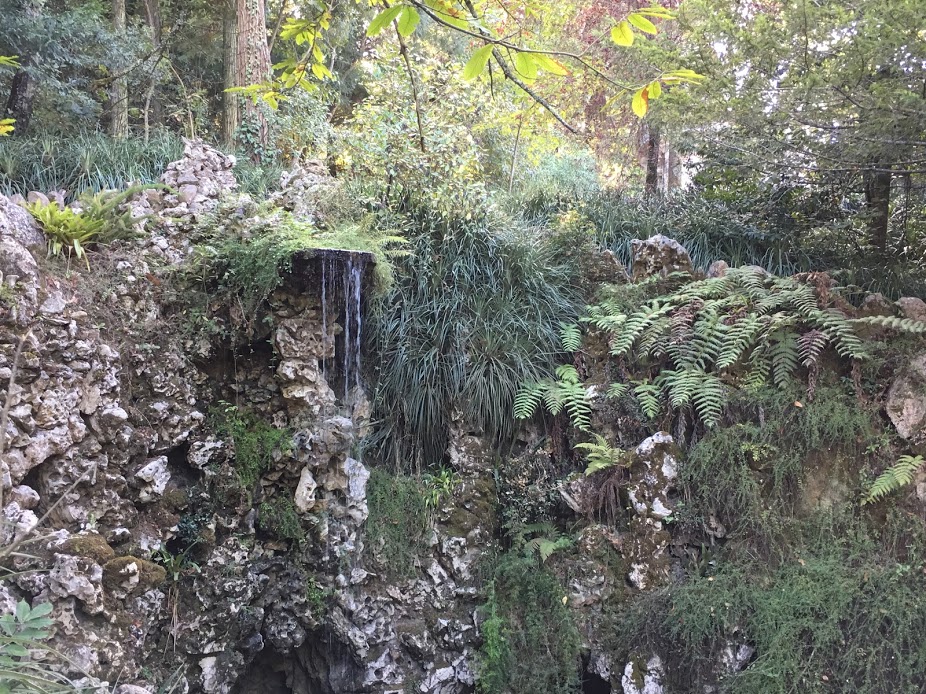 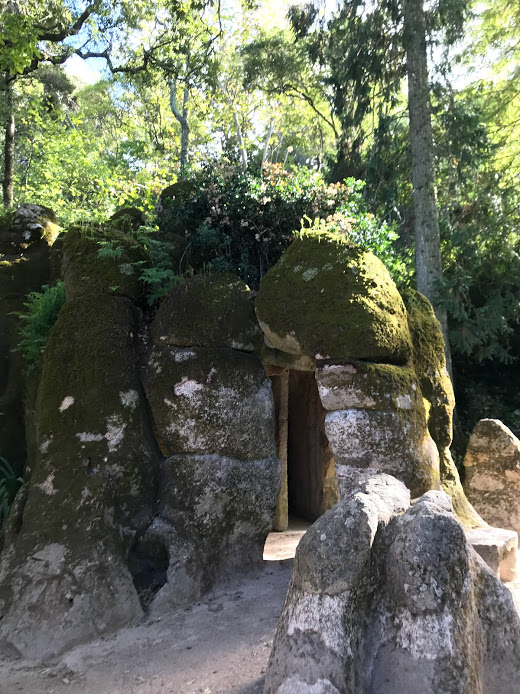 The Fountain of Abundance 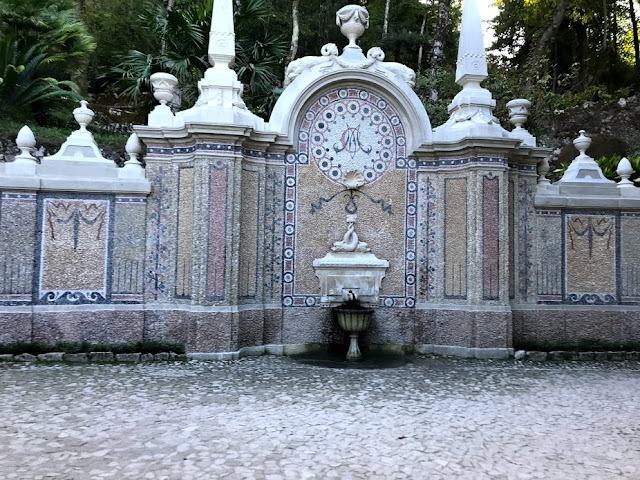 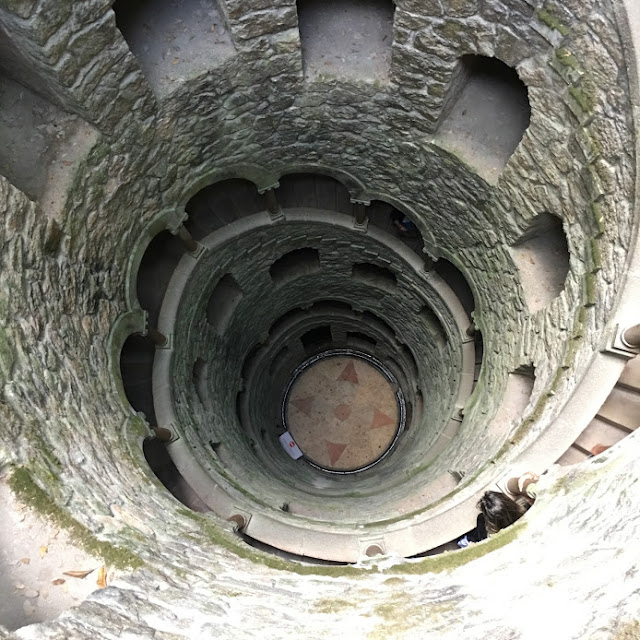 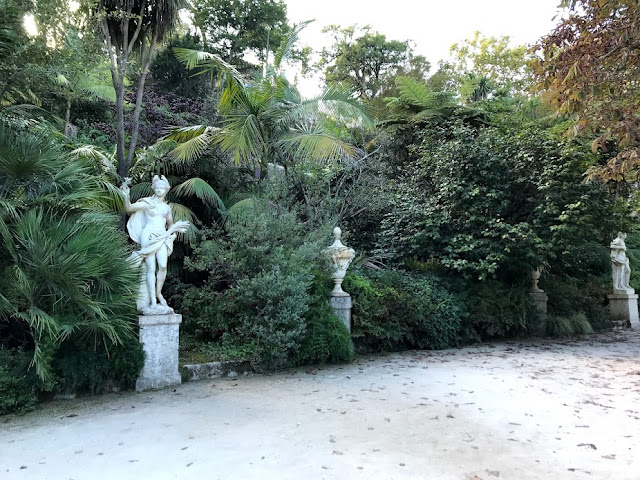 The Castelo dos Mouros-, The Castle of the Moors
The influence of the Moors in Portugal can be seen perched high above. 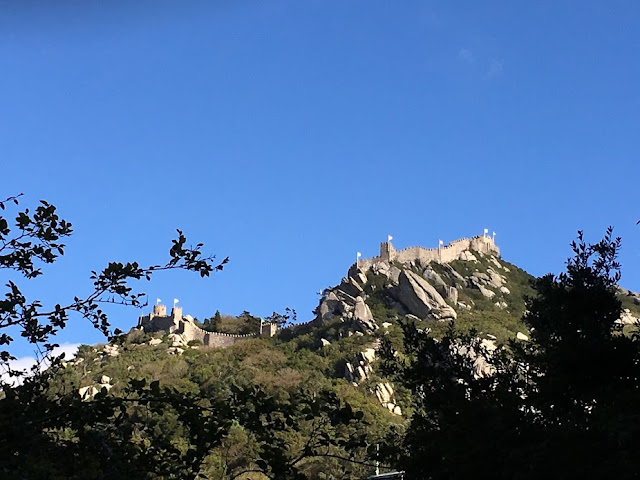 This resort town is full of wonders that you should definitely include during your Portugal adventure. 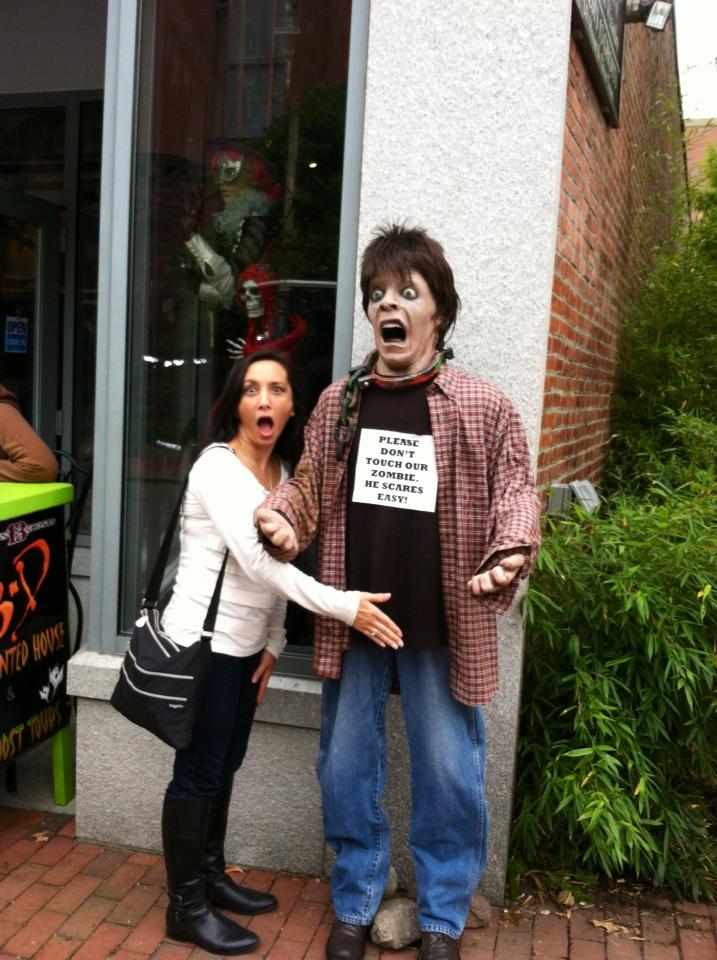